By the end of November I returned to Brazil for the wedding of some very dear friends, and this is the makeup and the hairstyle I wore! Since it was in a farm and started during the day, I did a lighter makeup and very focused on the fake lashes – I don’t know if you remember, I commented on the video with the idea for graduation that I like to do a very strong eye without fake lashes and a lighter one with them, because in this way the lashes get more on the spotlight. It’s not a rule, obviously, but I do it a lot.

So I gave the eye some dimension by defining the concave with a neutral eye shadow not very dark, I illuminated the internal corner with a champagne eye shadow and used a bit of the Illusion d’Ombre from Chanel in the center of the eyelid for a bit of sparkle. Then I put on some eyeliner and finished with the fake lashes!

For the hair, I asked Proença to do something half loose that would look good with this gorgeous hair accessory from Jannie Baltzer, a designer from Copenhagen that makes incredible pieces for brindes (and non brides as well!). So he did some soft waves and tied it with a twist on the side just with the hair accessory – I loved it! 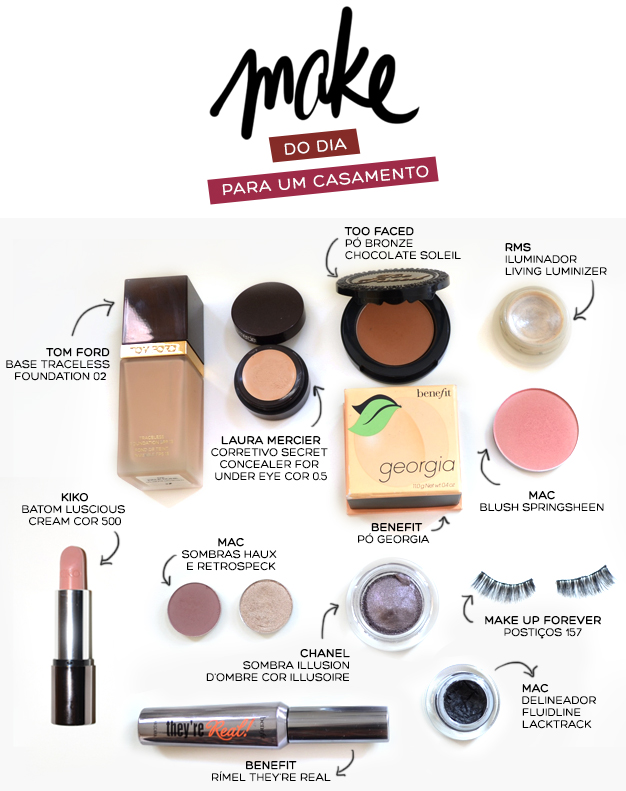