If there is something I LOVE in this life is to get a massage – if I could, I would do it every day. So imagine how happy I was when I was invited to be a guinea pig in very interesting “trial”: get a weekly massage, during 8 weeks in a row, to measure the impact that has on stress, anxiety, general well-being… as if it was therapy for real. But instead of being in a therapist’s office, being in a delicious spa! The only condition was: be a serious commitment, not cancelling, not skip a week and so on. 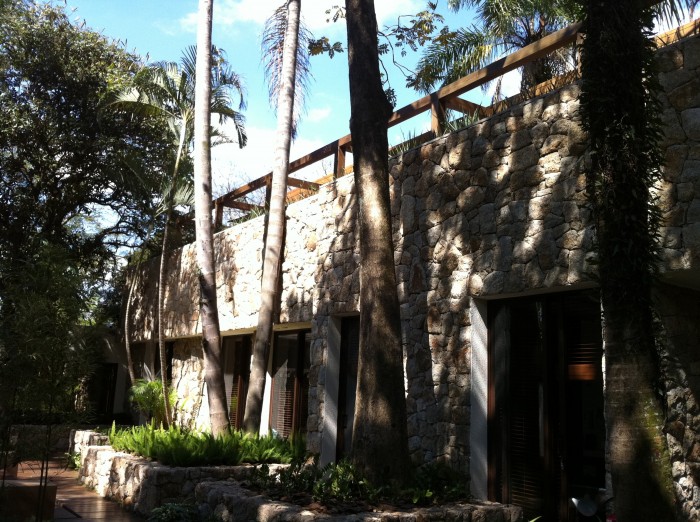 The angel (haha) that called me for this suuuuper hard mission was Cris Poeta, owner of Kennzur, my favourite spa in São Paulo (DDB’s 5th anniversary party was there even!). And the timing couldn’t be better: exactly my last two months in Brazil before moving to London – I was becoming a crazy person: stressed, anxious, tired, excited, working a lot in Vogue and at the same time thinking about all the complex things that involve moving abroad… meaning, I was really needing this.

As you can imagine from the photo above, Kennzur not only relaxes you with the massage – I get zen just by walking in! (I wrote posts about it here and here) 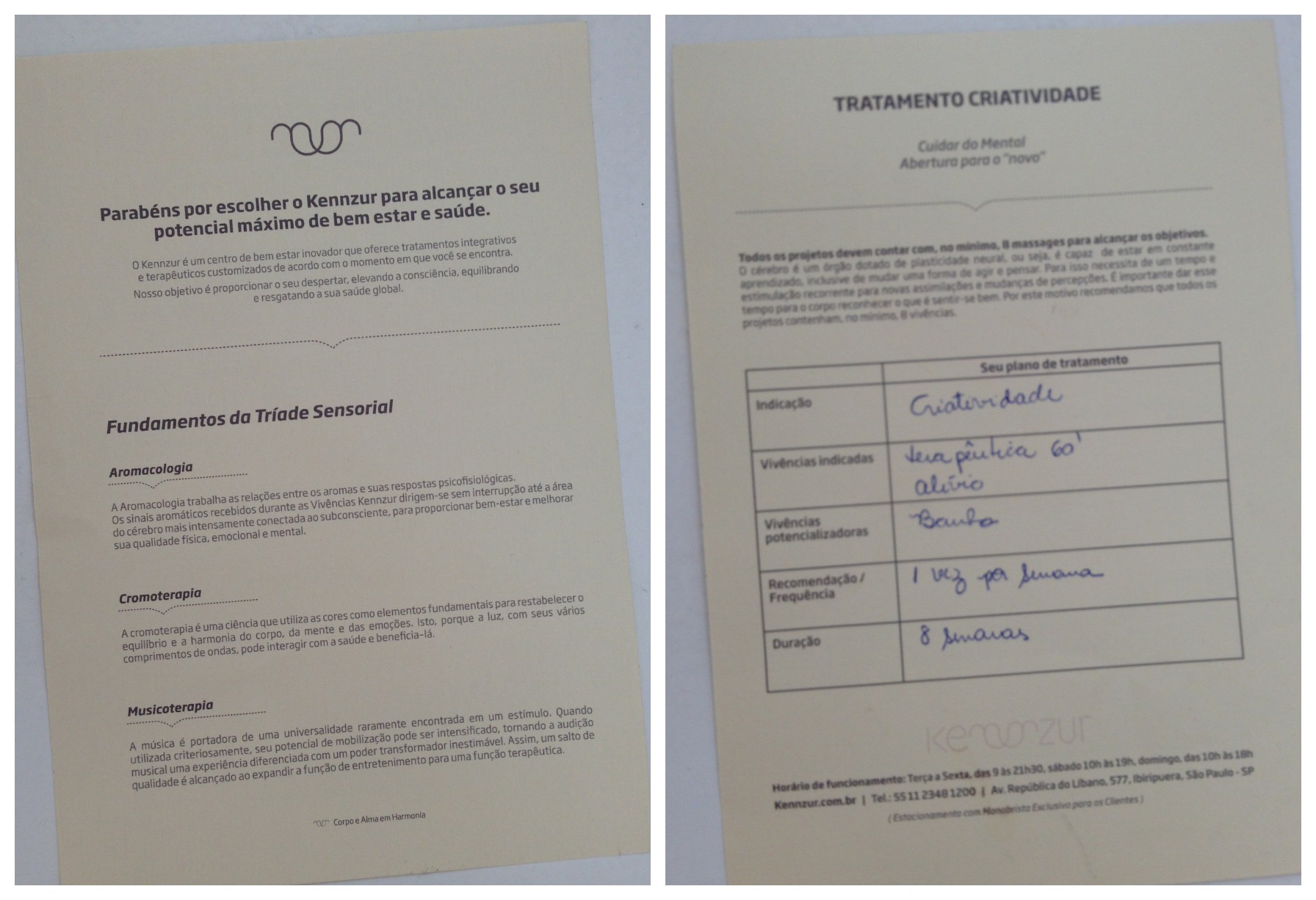 Depending on my mood that day, we would choose the massage. There they call life experiences to massages, because they also include aromachology, chromotherapy and music therapy – although it seems like an eccentricity, I must say it really does make a difference when it comes to the “I think I transcended and left my body during this period” subject hahaha! My husband, that wasn’t such a fan of massages, got addicted when he went to Kennzur due to this, I must say – he became spoiled!

What I considered to be the GREATEST thing about this whole experience was to understand that I wasn’t only more relaxed and calm just there, during the sessions. It seemed that all week was lighter just to know that on Friday mornings I had that zen appointment – does this make sense? It’s so good to take a hour just to clear your mind, forget the problems and the to do lists, take care of you – oh so slushy, but it’s true! For me this had a super impact in this totally crazy stage. Insert “praising” emoji here hahaha.

I only know one thing: I wanted to be a guinea pig forever, and I recommend the experience!
It had been a while since I posted a beauté diary right? I also have been planning on writing one about fitness forever! I think I never talked about it in DDB, super pop subject nowadays… It’s on my never ending list of pending posts hehehe – do you think it’s cool?